The software procedure was created in order to comply with the anti-money laundering regulation introduced into the Italian system with law no. 197 of 5th July 1991, subsequently integrated and modified by various decrees and regulations up until the last Banca d'Italia Provision issued on 3rd April 2013, published in ordinary supplement no. 35 of Official Gazette no. 105 of 7th April 2013, and to put the provisions outlined in Directive 2015/849/CE (IV European Anti-money Laundering Directive) into effect. 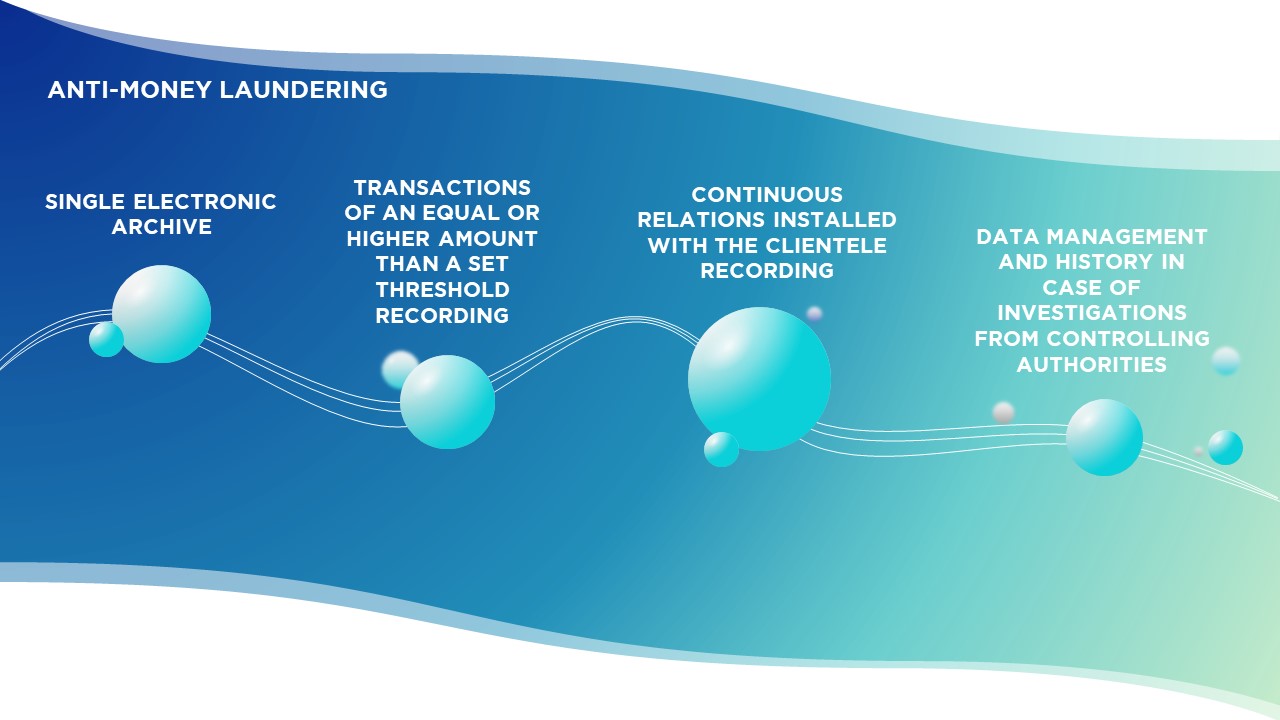 The regulation involves a large number of subjects, especially bank and financial intermediaries in general and imposes the setting up of a Single Electronic Archive in which to record:

The Archive respects precise technical standards defined by the regulation both in terms of structure and data coding.

CAD IT's Anti-money laundering solution allows the customer to comply with all these obligations through easy-to-learn functions that not only make loading data and their subsequent management simple, but also data inquiries, should the controlling authorities need to carry out investigations. The solution is available in both the mainframe and departmental versions.